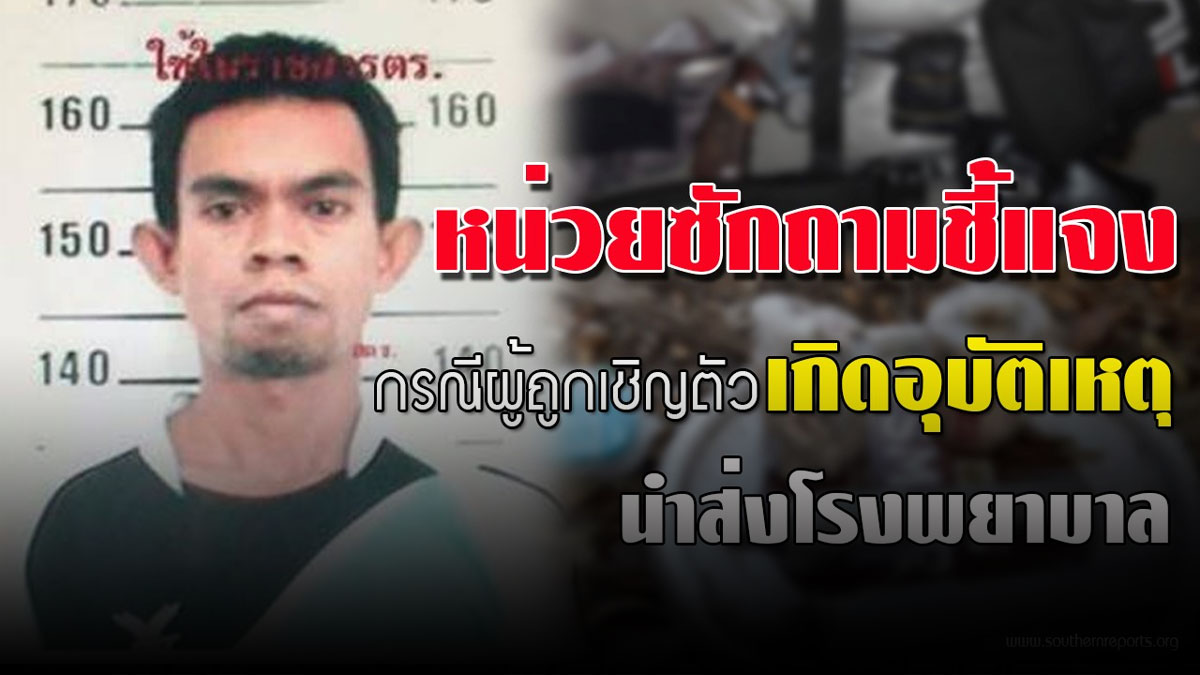 On 16 March 2019, 20.20, Pol Capt Wasurat Charoensinjonthan, Deputy Inspector on Investigation of the Nong Chik Police Station has received a report from Sub Lt. Tortrakul Pansamrong, Chief of the Inquiry Unit, Taskforce 43, Ranger Battalion of the Ingkhayutthaborihan Army Camp, Nong Chik district, Pattani that Mr. Masukri Salae, a suspect held in custody invoking Martial Law, has suffered from an injury after falling in the toilet inside the building of the Inquiry Unit.

The police have gone to the crime scene for examination and were informed that the injured person had been brought for treatment at the Pattani Hospital. The Deputy Inspector on Investigation and other officers have then gone to the Pattani Hospital. Initially, they have asked from relatives of the injured and were informed that Mr. Masukri Salae had said he had fallen in the toilet but could not remember
why it had happened so as he felt extremely dizzy at the time.  The police have recorded the information which can be used as evidence.

When the incidence happened, officers at the Inquiry Unit had offered first aid to the injured person and then transferred him to the hospital inside the Ingkhayutthaborihan Army Camp and informed his relatives.  Then, the doctor at the Ingkhayutthaborihan Army Camp
referred the patient to the Pattani Hospital. The doctor there has given him initial treatment based on the diagnosis that he had suffered from a stroke which had resulted in his right side paralysis. According to the doctor, he should be further transferred to the Hat Yai Hospital for an MRI scan. At present, officers from the Inquiry Unit and his relatives are monitoring his condition closely.

Based on what has happened, the suspect in custody of the Inquiry Unit, Ranger Battalion, has suffered from an accidence. The injured person has said so and told the inquiry officers from the Nong Chik Police Station who has then recorded the information to be use as evidence. The person subject to questioning has suffered from an accidence while the officers have offered him prompt help and informed his relatives so that they could tend to him.

Meanwhile, this is part of an attempt to make it clearly known to local people to prevent them from falling prey to some civil society organizations and their allied media which may want to capitalize on the incidence and send out distorted information to galvanize people including by falsely claiming that the officers have committed torture and human rights violation against the injured person as these organizations had shown such capability in the past.