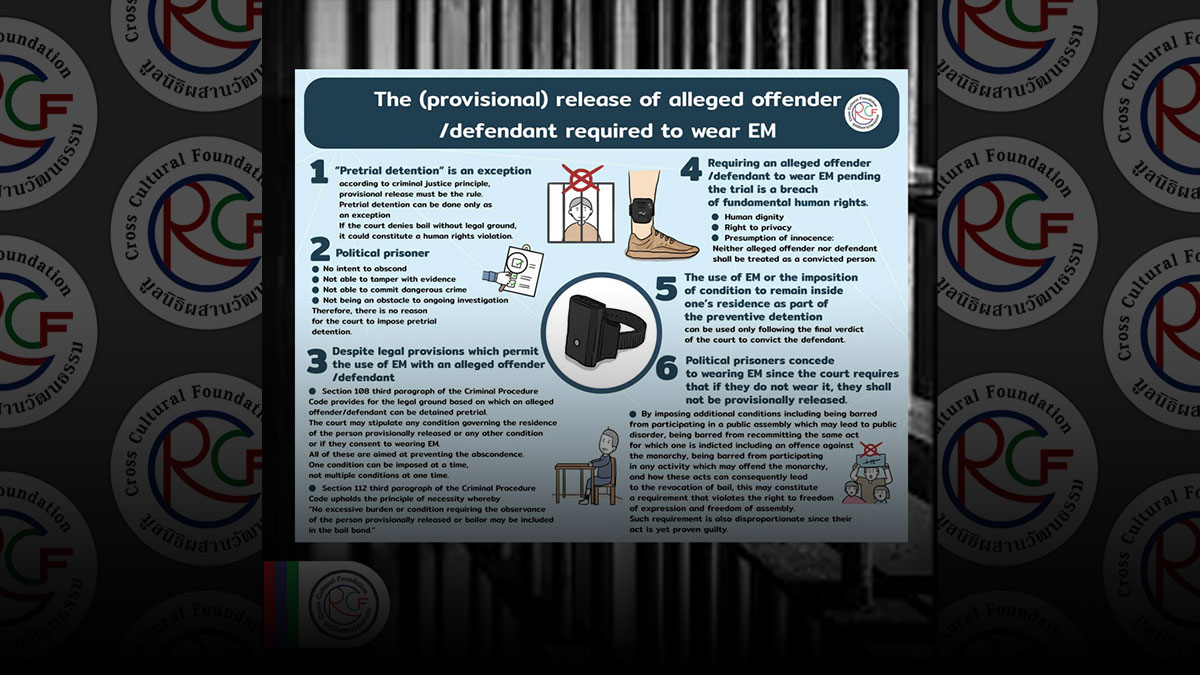 2. Political prisoner
– No intent to abscond
– Not able to tamper with evidence
– Not able to commit dangerous crime
– Not being an obstacle to ongoing investigation

Therefore, there is no reason for the court to impose pretrial detention.

4. Requiring an alleged offender/defendant to wear EM pending the trial is a breach of fundamental human rights.
– Human dignity
– Right to privacy
– Presumption of innocence: Neither alleged offender nor defendant shall be treated as a convicted person.

5. The use of EM or the imposition of condition to remain inside one’s residence as part of the preventive detention
can be used only following the final verdict of the court to convict the defendant.

6. Political prisoners concede to wearing EM since the court requires that if they do not wear it, they shall not be provisionally released.
– By imposing additional conditions including being barred from participating in a public assembly which may lead to public disorder, being barred from recommitting the same act for which one is indicted including an offence against the monarchy, being barred from participating in any activity which may offend the monarchy, and how these acts can consequently lead to the revocation of bail, this may constitute a requirement that violates the right to freedom of expression and freedom of assembly. Such requirement is also disproportionate since their act is yet proven guilty.