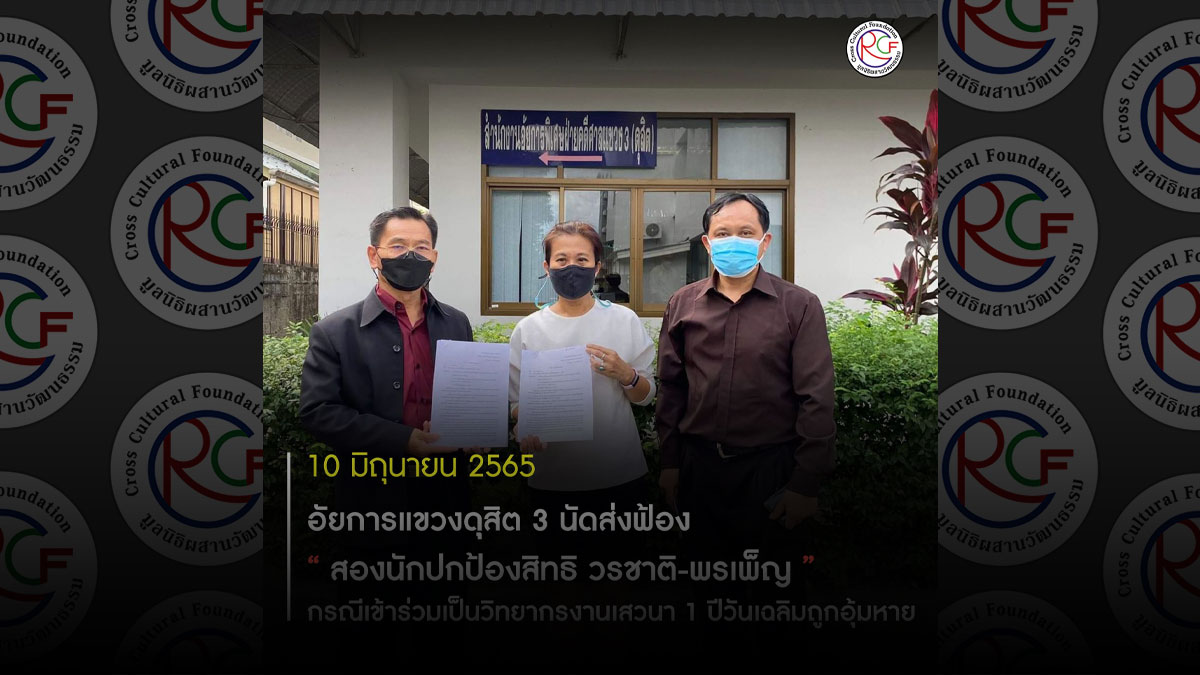 For the trivial charges of blocking traffic and using a loud speaker as they exercised their rights to free speech during a rally against anti-torture and enforced disappearance.

Both prepared petitions to urge the attempt of the prosecution that is politic, no necessity and anti-democratic. In addition it is judicial harassment against human rights activists.

The pair – Pornpen Kongkachonkiet, a human rights defender and director of CrCF and labour rights activist Worachart Anantrick – are due to appear before the prosecutor’s office on the criminal charges linked to the July 4 demonstration.

Despite pleading not guilty of the misdemeanour charges, they have been slapped with additional charges for refuse to abide by the orders of public officers by refusing to give their fingerprints.

Under Thai law, the accused are able to exercise their rights to deny the collection of their biometric data including fingerprints.

“Authorities must stop spending resources on petty charges to attempt to muzzle those asking them to meet basic standards of human rights which the country has already agreed to,” said Somchai Homlaor, human rights lawyer and senior adviser, CrCF.

“The focus of many in power is clearly still on silencing this issue rather than building a better, more just and humane society. These activists were simply doing their jobs, questioning authorities on the investigation of missing Thai citizens and the need to have a law to prevent that from happening again.

That should not be a crime.” added Somchai.

The activists have submitted several petition letters to the prosecution’s office in Taling Chan  and later to the Attorney General  to make further inquiry on more witnesses and drop the charges.

On July 4, Pornpen and Worachart were among the activists at a demonstration which included a panel discussion and a vigil to mark the one-year anniversary of the enforced disappearance of Wanchalearm Satsaksit. Wanchalearm is a Thai political activist who was living in self-exile in Cambodia when he was abducted in broad daylight. He has not been seen since.

On September 7, Police from Nang Loeng station charged the pair for violations of the Road Traffic Act and the Act on the Maintenance of Cleanliness and Order and Refusal to Abide as the pair refused to give fingerprints.