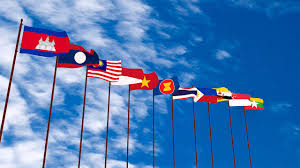 to bring peace in Deep south Thailand or Topmost of Malaysia for ASEAN.

On 23 Oct 2018, Duayjai group and Cross Cultural Foundation sent a letter to Prime Minister Tun Dr. Mahathir Mohamad urge the willingness of two countries to bring peace back to the Deep south Thailand or Top most of Malaysia will bring peace to ASEAN. The detail of the letter stated that

Malaysia has been playing a key role in peace process in the deep south of Thailand.  We are writing this letter to express our concern regarding the impact of security measures on the human right of the people in the southern border provinces of Thailand since 2004. Such impact is often not discussed in mainstream Thai media, giving the impression that the southern provinces are smoothly moving towards peace goals.

However, for 14 years the enforcement of the special laws such as Martial Law (1914) and Emergency Decree (2005) threatens the enjoyment of the basic rights and fundamental freedoms by the people. Allegations of arbitrary, detention, torture, extrajudicial killings and enforced disappearances continue to be received by human rights organizations working in the provinces. People are suffering from post-traumatic stress disorder (PTSD), anxiety, depression, and other distress. Therefore, lifting the Martial law and Emergency Decree is needed soonest.

On the occasion that you as the Prime Minister of Malaysia has officially visited Thailand, we are convinced that the creation of lasting peace requires the elements of respect for human rights and rule of law in counterinsurgency operations. The protection of innocent in armed conflict is crucial.  The willingness of two countries to bring peace back to Deep south Thailand or Topmost of Malaysia will bring peace to ASEAN.