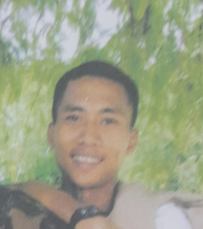 That the motion has been filed to have the Court adjudicate that Mr. Ismael Nadaraning is a disappeared person is aimed at giving the relatives of the disappeared a chance to let the public know their suffering and the grievances they face as they want to uncover the truth of the case. It aims to raise public awareness about the issue of the disappearance which should be addressed by society collectively and a mechanism should be established to prevent enforced disappearance. Also, it is an attempt to raise the awareness that enforced disappearance continues to be a human rights problem given the lack of effective investigation and the lack of information regarding the fate of the person subjected to enforced disappearance.

Basic information regarding the case of Private Ismael Nadaraning

On 20 August 2015, the Foundation of the Muslim Attorney Centre (MAC) and Cross Cultural Foundation (CrCF) have given legal assistance to the Nadaraning family, even though the disappearance had taken place more than five years ago. It happened on 6 June 2010, as Mr. Ismael Nadaraning, the son of Ms. Arsisao Nadaraning, was serving as a military private under the 4th Rifle Company, the 8th Infantry Battalion, Krom Luang Songkhla Nakharin Military Camp located by the sea in Tambon Bor Yang, Muang District, Songkhla. On that day, according to his mother, her son had called her at 10.00 telling her that he wanted to return home, but she told him to stay put since he had been working there just less than a month.

On 9 June 2010, Ms. Arsisao Nadaraning had gone to visit her son at the military camp, but could not find him there. She was told that Private Ismael Nadaraning had left the military camp already on 6 June 2010. After the incidence, the family had reported the case to the Raman Police Station in Yala and it was put down in the daily record. They had gone to complain with other local authorities as well.

Initially, the Yala Muslim Attorney Centre (MAC) has helped to inquire about the fate of Private Ismael Nadaraning as complained by the father of the missing son. The 8th Infantry Battalion, the 3rd Infantry Regiment, Marine Expeditionary Force, Krom Luang Songkhla Nakharin Military Camp, has explained in a letter that Private Ismael had deserted his military duties while receiving treatment in the infirmary unit since 18 June 2010. And an inquiry was made on the case the Private who had escaped from the military camp. It was already concluded in June 2010 that Private Ismael Nadaraning had gone for treatment at the infirmary unit of the Headquarters Company and had then been transferred to the Songkhla Naval Base Hospital, the Second Naval Area Command and on 11 June 2010, Private Ismael had asked for permission to have the examination at the Songkhla Naval Base Hospital, the Second Naval Area Command and had never returned to the military camp again. From 6 June 2010, when he was last heard by his family until now, it was over five years according to the law (the Civil and Commercial Code’s Article 61), may it pleases the Court to declare him a disappeared person.

In addition, the act of enforced disappearance has resulted in the deprivation of the right to know the truth and it is key to the UN International Convention on for the Protection of All Persons from Enforced Disappearance. Such right is also emphasized in several international instruments recognized by the United Nations. Later, the UN Working Group on Enforced or Involuntary Disappearances (UNWGEID) has applied the concept of the right and made a separate commentary about the right to know the truth (in the enforced disappearance case) which refers to the right to know thoroughly about the investigation process and the results of the investigation process as well as the fate and whereabouts of the disappeared, the circumstance of the disappearance, and the perpetrators. The commentary was made basically to help the development of tools and mechanisms to effective aim the discovery of truth regarding the human rights violation that happens at a particular time and with an aim to enhance the protection and promotion of the right at the individual and societal levels with an emphasis to have the truth exposed to public