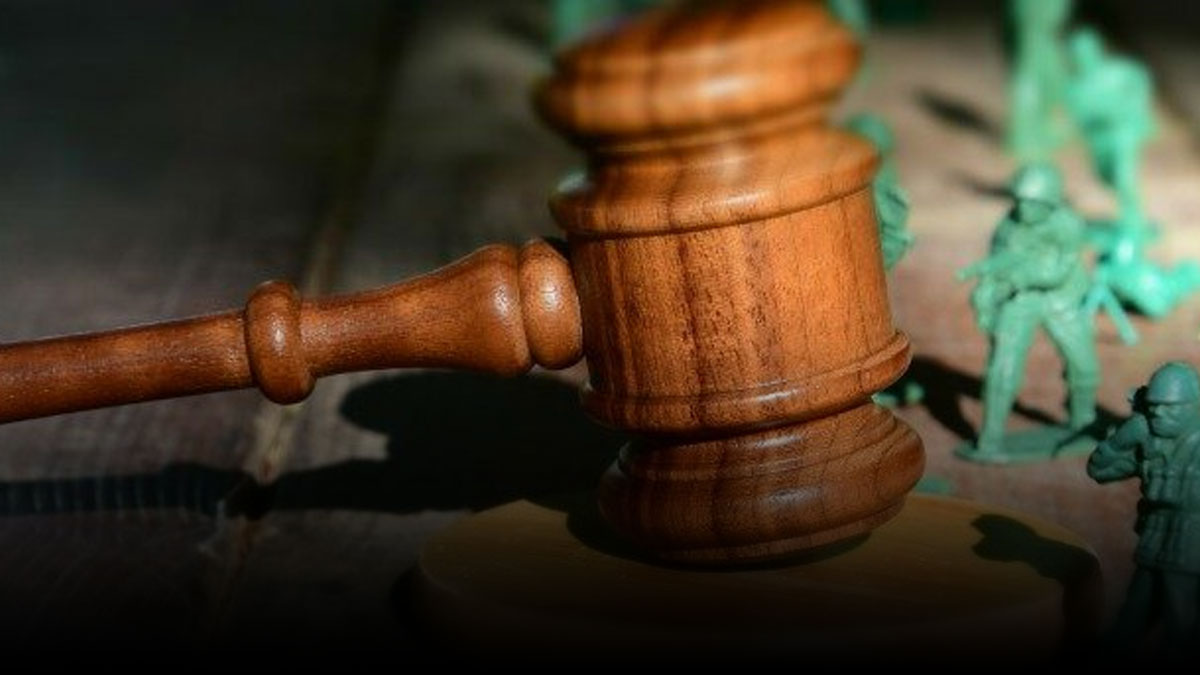 Human rights organisations
Press Release
Opposing the amendment of Article 46 of the Act on the Organization of Military Court B.E.2498
: The amendment shall enable the military to hold in custody civilians beyond judicial review

For immediate release on 6 February 2015

On 9 December 2014, the Cabinet proposed the Draft Act on the Organization of Military Court B.E…. to the National Legislative Assembly (NLA) in order to amend the existing Act on the Organization of Military Court B.E.2498. Of specific concern are amendments made to Article 46, granting military authorities the power to hold civilians in custody for up to 84 days without judicial review. The undersigned human rights organizations deem the amendment to be in breach of the Criminal Procedure Code and international human rights principles and call for it to be withdrawn. The draft law as it stand would increase the vulnerability of individuals to further human rights violations, particularly to torture and other forms of ill treatment.

We the undersigned state our specific objections to the amendments as follows:

1. NCPO Announcement No. 37/2557 “Offences under Jurisdiction of the Military Court”, permits for civilians to be tried by military courts on a number of offences which have no relation to military affairs.

Nevertheless, the holding in custody of a person still remains subject to the Criminal Procedure Code. In other words, a suspect has to be brought before a Criminal Court within 48 hours of arrest to file custody, and that custody can only be extended under the purview of a Criminal Court every 12 days.

This process allows for judicial oversight on the holding in custody of a person and to prevent any arbitrary exercise of power. However, the proposed amendment to Article 46 would empower the incumbent Supreme Commander of the military to hold a suspect in custody by invoking the Criminal Procedure Code if there is “an unavoidable circumstance” or “when warranted by other necessities”, and shall make it impossible for the person in custody to request a judicial review.

This would hand immense power to military authorities, granting them unilateral discretion on whether to take a person into custody or not. This would give rise to the deprivation of the rights and liberties of a suspect, as an individual can be placed in official custody without any reasonable grounds and without any necessities regarding legal action.

This will certainly override the traditional checks and balances accorded to the judiciary to ensure accountability and may lead to arbitrary or unlawful detention. In fact, according to existing Article 87 of the Criminal Procedure Code, an inquiry official already has the power to propose the further holding in custody of a person should there be any unavoidable circumstances or when warranted by other necessities. There is no need to promulgate a new provision redundant to the existing one.

2. In addition, the second paragraph of Article 46 states that even after the end of such unavoidable circumstances or necessities, if there is still grounds which requires the further detention of a suspect, the incumbent supreme commander of the military unit may order the holding of the suspect within the period of time as provided for in the Criminal Procedure Code’s provisions concerning detention. This clause shall allow military officials whose mandates are not related to the interrogation of a person held in custody to exercise their power to hold that person in custody without having to state any clear reasons and without transparency. Also, it deprives the suspect of the guarantee of access to justice processes, including the right to be visited by relatives, the right to access to a lawyer and the right to have access to a medical doctor.

3. Thailand is a state party to the UN Convention against Torture and Other Cruel, Inhuman or Degrading Treatment or Punishment (UNCAT). In essence, the Convention purports to be a pledge of commitment to the world by a state party such as Thailand showing its endeavors to realize the absolute probation against torture. Efforts have continually been made to amend the law and change the practice accordingly since Thailand became a state party in 2007. A key recent example is the proposed Draft Prevention and Suppression of Torture and Enforced Disappearance Act B.E….., which has been drafted by the Ministry of Justice. But the proposed amendment of Article 46 of the Act on the Organization of Military Court would infringe on the principles upholding the rights and liberties of people as provided for by the Criminal Procedure Code and will inevitably make people vulnerable to the further violation of their rights as enshrined in the Convention.

The undersigned human rights organizations, therefore, urge Gen. Prayuth Chan-ocha as Prime Minister, to immediately withdraw the draft amendment. Any amendment to be made must rest on the rule of law and must aim to uphold human rights protections, in particular the right to a fair trial and the treatment of a person being held in custody strictly based on human rights principles in order to establish a universal tradition embraced in all modern democracies.