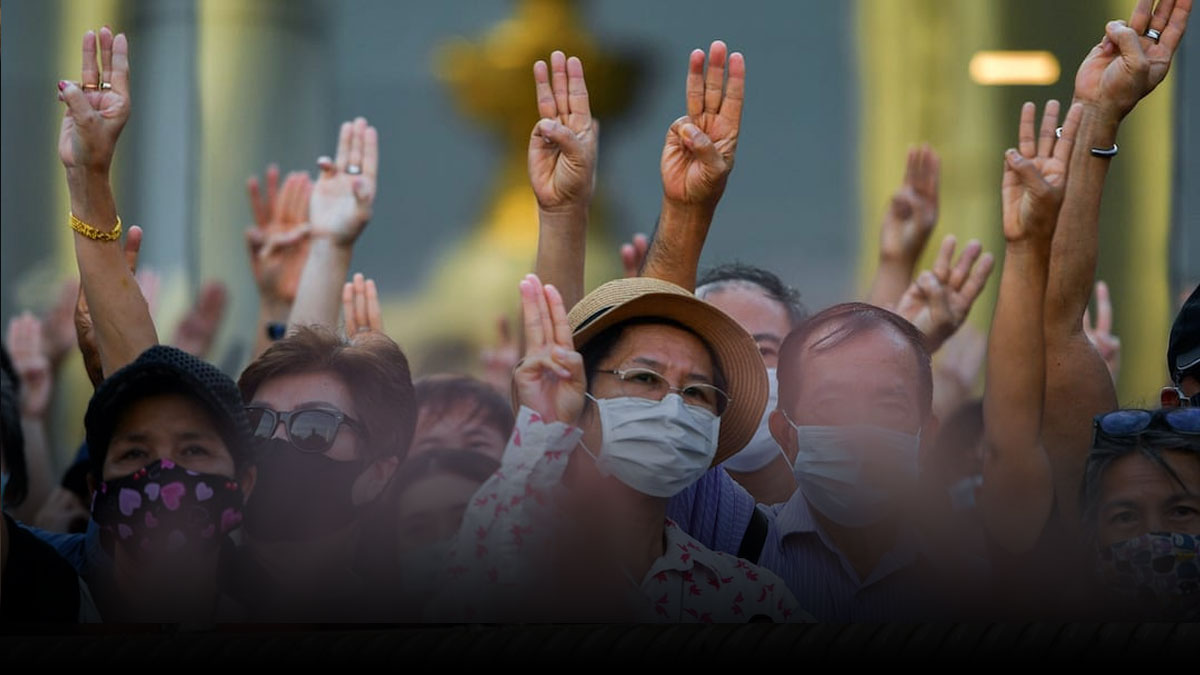 Statement: Demanding the National Council for Peace and Order to treat political detainees under its orders in respect to the principles of law, rule of law and human rights in the spirit of peace and national harmony

On 22 May 2014, the National Council for Peace and Order (NCPO) signed the announcement on the subject of national administrative control (Announcement No.1/2557) and imposed Martial Law nationwide (Announcement No.2/2557). The underlying motive is to immediately resolve the political turmoil in Bangkok metropolitan region and other areas in Thailand. The NCPO, by the virtue of Martial Law Act B.E.2457, has further issued several orders under which individuals from different fields, mainly politicians, protest leaders, businessmen, scholars, activists, and journalists have been asked to report to them and subsequently detained. The television and radio broadcast have also been brought under control and protestors have been ordered to disperse.

At present, the anti-coup demonstrators are gathering up in different areas of Bangkok and other provinces, flashing the anti-coup symbol and urging for holding of immediate elections under democratic system. Police and military officers are dispersing such political gatherings by means of summoning and detaining protestors in unrevealed/unidentified places. The detainees are not given the rights to inform their families, they are not informed about the authority in charge, they are restricted from accessing the police memorandums and are unaware of the charges imposed on them. Under Martial Law Act, the officers have the power to detain for at least seven days without allowing the detainees such as the rights to meet relatives or lawyers. This creates a strong concern over security and safety of the detainees.

Moreover, on Sunday 1 June 2014 at Asoke intersection, around Terminal 21 department store area, Ms. Sunantha Puangsiri, a protestor who had been flashing the anti-coup symbol, was forced into a taxi by two men suspected to be plainclothes police officers without letting her know where they were taking her. This recent event has frightened the witnesses and video records of the scene were broadcasted on national and international media causing anxieties to the public. It was later confirmed that she had been taken to Crime Suppression Division in Bangkok and detained with some other protestors. (Later on 3 June, Ms. Sunantha and other 3 women were released without charges)

From the event, Cross Cultural Foundation is strongly concerned about the abuse of power and the peace control measures adopted by the officers. Even though the protest is against the NCPO’s order, the protestors only express the anti-coup sentiments without indulging in any violent behavior or causing any threat to the public. Officers shall consider the appropriate measures for each situation and cases without abusing power or adopting immoderate measures as well as considering the principles of law, rule of law and fundamental human rights.

(1) In order to lessen the tension and dissatisfaction of different political spectrums and to increase peaceful expressions, Cross Cultural Foundation suggests that: