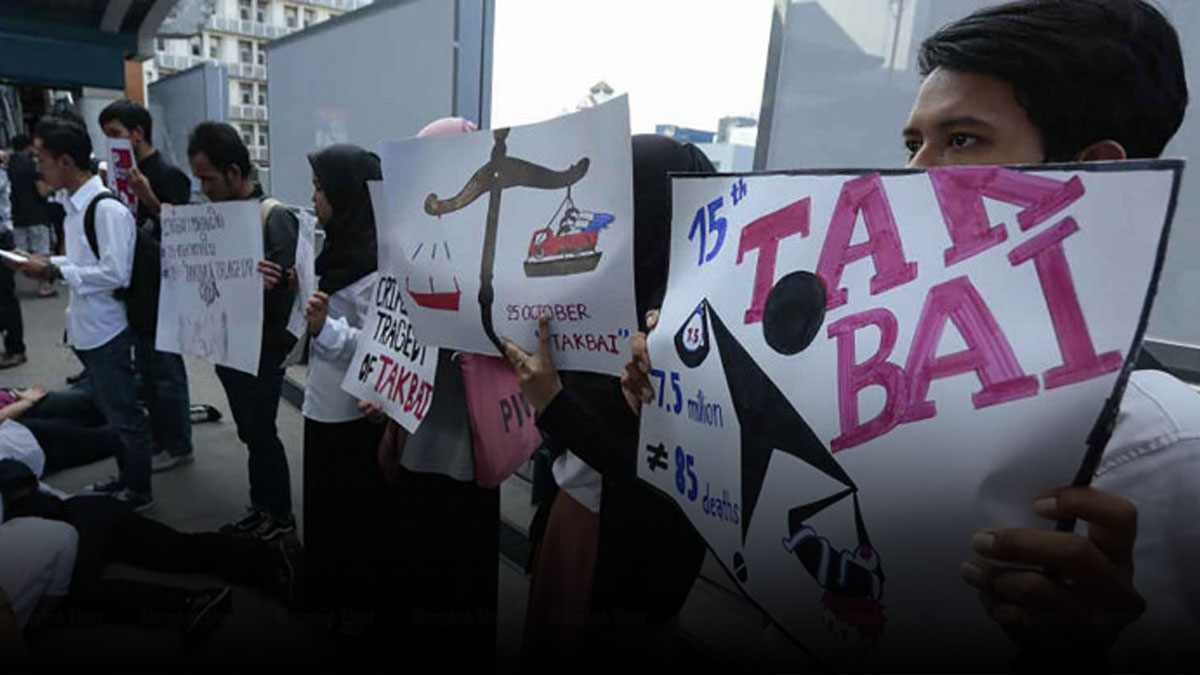 The Supreme Court has scheduled decision of reading of Takbai Inquest on Thursday 1 Aug, at 9:00 pm at the Criminal Court, Bangkok

The appeal motion filed at Bangkok Criminal court urged the court to withdraw the decision and review the post mortem inquest decision by Songkla Provincial court.

In detail, the Songkla inquest decision had not described the cause of the death, who committed the act causing the death even though there was factual detail presented in the inquest hearing that the authorities forced the protesters to take their shirt off and tied their hands up at the back.

Furthermore, the authorities also forced them to lie facing down, lay up on top each other and transported them in army trucks.

There were also physically abused by authorities; many arrested protesters got injured, suffocated and died during the transportation to Pattani from Narathivath.