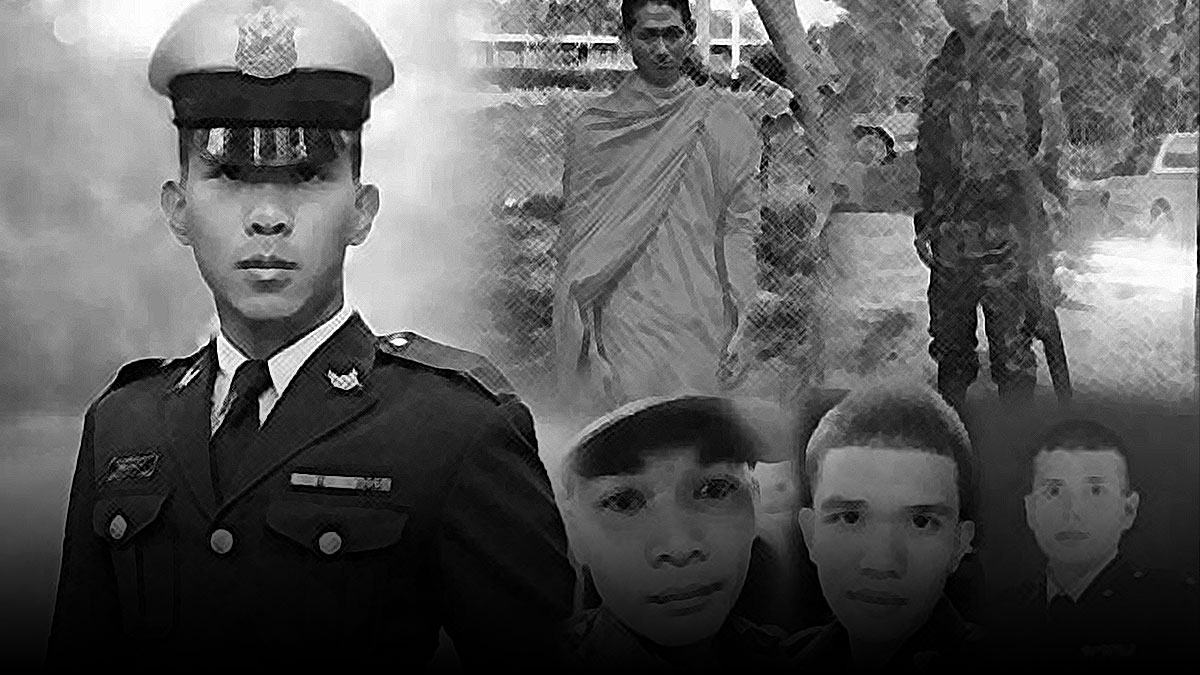 On Thursday 24 May 2012, at 10.00 am, representatives from the Lawyers Council of Thailand (LCT), an attorney from Cross Cultural Foundation (CrCF) and relatives of Private Wichean Phuaksom shall bring a lawsuit to the Civil Court in Bangkok against the Ministry of Defence, the Royal Thai Army, and the Office of the Prime Minister for damage claim stemming from the torture and physical assault by military trainers that has resulted in Private Wichean’s death. The new Private was found dead while training in a military unit in Cho Airong District, Narathiwat last year.

Prior to his death, Private Wichean Phuaksom used to get ordained as a Buddhist monk and studied until he completed his bachelor degree in Buddhist Study from Faculty of Buddhism, Maha chulalongkorn rajavidyalaya University with first class honor and later completed his master degree from the Faculty of Social Work, Thammasat University with outstanding academic results.

He was required to disrobe and was conscripted as a military draftee as per the Military Service Act and the Constitution of the Kingdom of Thailand. On 1 May 2011, Private Wichean got enrolled as a military draftee and trained at the Kromluag Narathiwat Rajanagarindra Military Camp in Cho Airong District, Narathiwat Province. Then on 1 June 2011, about ten military officers physically abused Private Wichean using very cruel methods to torture him claiming that he had evaded his military training duty.

Ms. Pornpen Khongkachonkiet, CrCF’s Director, and Advisor to the Project o Campaign for Laws to Combat Torture stated that “the act of the military officers which has caused Private Wichean’s death was unlawful and the perpetrators should be brought to justice. Also, the agency in charge has to provide damaged parties with compensation as per the Tortious Liability of Officials Act B.E. 2539 (1996). Their action could also be construed as a grave human rights violation.”

Though an inquiry had been conducted into the incidence by the instruction of the agency in charge and cases had been reported to the police and initial remedies had been provided for the surviving family, but the process to bring the perpetrators to justice has been sluggish. A complaint has been brought to an independent regular organization, the National Anti-Corruption Commission (NACC), and later the matter was transferred to the Public Sector Anti-Corruption Commission (PACC) under the Ministry of Justice, and that has caused much delay to the investigation.

It was expected that Private Wichean would become a breadwinner for his family after his graduation. The civil lawsuit filed is an attempt to demand justice and to bright light to truths concerning the death during the trial. Also, it aims to demand damage claim.

The deadly act was certainly a criminal offence and a breach on international standards including the Convention Against Torture and other Cruel, Inhuman or Degrading Treatment or Punishment (CAT) to which Thailand is a state party and is obliged to follow. Yet, torture is still not criminalized in the Thai law and legal revision has to be done to ensure compliances with CAT.

In addition, Thailand’s 2007 Constitution also upholds the right to life and body and prohibits torture. The ordeal Private Wichean had to endure is a grave human rights violation that has to be effectively addressed by the agency in charge. Structural changes have to be made to ensure that such a tragedy shall not happen again with any military draftees in future.