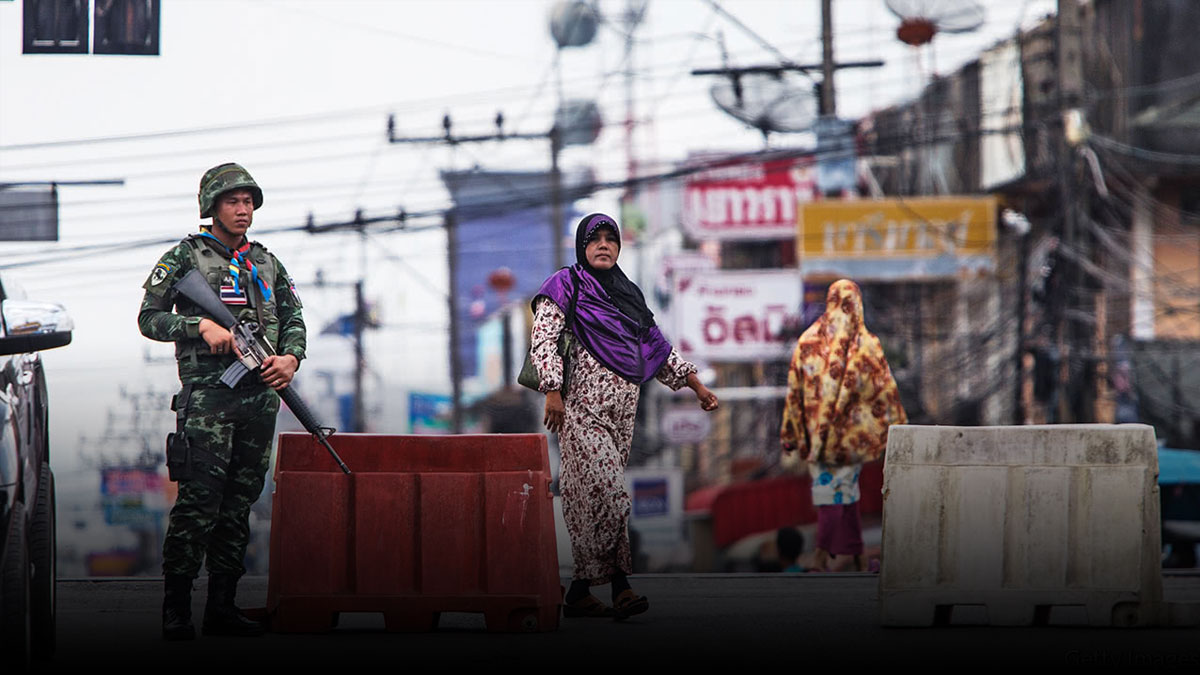 The Army Region 4 has used this strategy of detention to manage the insurgency in the southern provinces by detaining suspected persons. Currently there are 348 suspects being detained at five locations in the 4 southern provinces.

The Working Group for Justice and Peace (WGJP) appreciate the endeavors of the authorities in trying to suppress the violence which has caused many damages to the security of the life and property in the southern most provinces.

However WGJP would like to express some concerns about the manner in which authorities have detained persons – such as closing of roads, cordoning the area and arresting all people within the area.

The WGJP is concerned about the conditions of detention and would like to;

1. Urge the authorities or persons involved with the detention to strictly apply the “Regulation, ISOC Region 4 on Procedure of the Authorities with respect to Section 11 of the Emergency Decree BE 2548”, date signed by Pol. Maj. Viroj Buachamroon, on 24th January BE 2550

This will also help to educe the tension within the community and violence in the south. In fact in April this year, it appeared that in some cases the authorities prohibited the relatives from visiting the detainee for more than 10 days since the date of detention

3. Urge the authorities to cooperate with the police who have the duty to investigate and compile evidence such as forensic evidence or testimonies of eyewitnesses, rather than only concentrate on getting information from suspects. The authorities should do proper investigation and interrogate persons suspected of being involves in the violence while at the same time follow the principles of the rule of law and human rights.

4. Authorities should guarantee that detainees are not tortured as per Section 7 of the International Covenant on Civil Political Rights (ICCPR) which provides that, “no one shall be subjected to torture or to cruel, inhuman and degrading treatment or punishment”. Authorities should not treat the detainees in a way that violates their dignity even under conditions of national emergency as Royal Thai State has ratified the ICCPR and agreed to be bound by its obligations.

The authorities should not use methods of torture to forces confessions from the suspects during their detention. The authorities should provide for medical examination at the time when a person is detained and when such person is released. This will help to clarify the sincerity and transparency of the officers in performance of their duties and providing justice.

5. Urge the authorities to seek cooperation of the Correction Department which has the necessary knowledge and skills in management of detention centres as army officers do not have specific training in this area.

7. Urge the authorities to carry out the process of interrogation diligently and honestly and release any suspect who is not found to be involved with insurgency activity. We urge you to desegregate innocent people and people who have support the political ideas of the insurgent movement but who are not involved in committing acts of violence – from the people who are committing violent acts. Otherwise such people will become victims of the justice system.

We urge the authorities to clarify the conditions and process for extension of period of detention so that there is transparency in the system.

The WGJP feels that all these measures are necessary to bring justice to the southern most provinces.